It was just a year ago around this time that many estate planning practitioners, including this one, were counseling ultra affluent clients to plan for making taxable gifts to their heirs at the end of the year. There was a palpable feeling among many advisors that the transfer tax environment, with a 35% gift tax rate and a $1,000,000 gift tax exclusion, was “as good as it gets.”

Then on December 17, 2010 Congress shattered that notion with the Tax Relief, Unemployment Insurance Reauthorization and Job Creation Act of 2010 (“TRA 2010”) and “as good as it gets,” got even better. TRA 2010 unexpectedly embodied a bold $5 million combined estate, gift and generation skipping tax exclusion, at a universal transfer tax rate for estate, gift and generation skipping transfer tax purposes of 35%.

Even so, is it plausible that the modern day estate tax which has been with us since 1916 will soon receive the final death nail and be repealed?

Death to the “Death Tax”

The GOP has for years successfully labeled the estate tax as a “death tax,” where property is unjustly subject to being taxed a second time. Garnering public support, the GOP has won many political battles in limiting the death tax’s reach. Still, some conservatives won’t rest until the death tax is finally dead. Note, all GOP candidates running for president make no provision for an estate tax as part of his/her comprehensive tax reform platform.

Standing in stark opposition to this one-sided view is the current administration, which in a recent report released by the White House’s Office of Management and Budget, explicitly stated that “the Administration remains opposed to the extension of these high income tax cuts past 2012 and supports the return of the estate tax exemption and rates to 2009 levels ($3.5 million for estate tax purposes; $1 million for gift tax purposes; and a maximum transfer tax rate of 45%).

Liberals are sure to argue that we are drowning in deficits and that this is no time to be giving the more affluent of the richest 1% another tax windfall. Furthermore, America needs a more encompassing estate tax because it undergirds America’s traditions rooted in meritocracy and upward mobility.

Conservatives will inevitably counter by pointing out that with such a fragile economy this is not the time to be raising taxes of any kind, particularly those where small businesses and family farms will have to be needlessly sold to pay the excessive death tax. Additionally, they will demand that the death tax be repealed because it ties up capital, punishes saving and investing, undermines job creation and further stifles wages and productivity.

Pursuant to the Budget Control Act of 2011, the special committee of Congress (a.k.a the “super committee”) had until Nov. 23rd, 2011 to issue a formal proposal containing at least $1.2 trillion in deficit reduction for the full Congress to consider. As the committee neared decision time, rumors began to fly over ways to raise revenue, including speculation that the super committee would reduce the estate and gift tax exclusions back to 2009 levels.

Some speculated that the gift tax exclusion amount would be decreased to $1 million effective January 1, 2012 instead of January 1, 2013. Others postulated that the decrease would take effect on November 23, 2011. In the end, however, there was to be no deal, big, small or otherwise. Political gridlock regarding taxes and entitlements once again ruled the day and the committee tragically punted altogether.

Think about the significance of that miscue for a moment. We have a projected deficit over the next 10 years of $44 trillion and the super committee could not even come up with $1.2 trillion in cuts over the same period.

Regardless, austerity is sure to make its way to America as the markets will demand it as they are exacting from Europe today. Alarmingly, gross federal debt is a whisker away from 100% of GDP in the United States. In time, spending will need to be slashed and revenue raised, but that does not mean that the modest estate tax will be an effective vehicle for increasing revenue on a go forward basis.

It is difficult to imagine that during this upcoming election year either party has the political stomach to seriously address entitlements and tax reform. After all, the super committee with its extraordinary and unprecedented “super powers” flatly failed, so why should the full-body of Congress, who cannot seem to agree on much these days, suddenly strike a deal on this long running and contentious issue at the same time they are campaigning for re-election?

Perhaps influential Senator John Kyl (R., Ariz.) may push for a deal before he retires at the end of 2012 as some conservatives may be eager to forge a deal that would overhaul the tax code before 2013 in order to avoid a higher tax burden on the wealthy. Still, plan on 2012 feeling an awful lot like 2009, where the threat of returning to 2001’s $1 million exclusion looms large.

Conceivably, the most likely scenario is that we actually begin 2013 with 2001’s $1 million exclusion since it is already preapproved and requires no further act of Congress. Thereafter, the somber negotiations on deficit reduction and comprehensive tax reform are likely to begin in earnest.

It is doubtful that the $1 million exclusion, if realized, will actually hold up as history suggests that once Congress provides a tax benefit it is reluctant to take it away. For example, the last time Congress reduced the estate tax exclusion amount was during the 1930s. Many commentators feel that the “$5 million exclusion genie” along with portability have already been freed from the bottle and will not return.

Whatever deal, if any, which may ultimately be struck on the budget deficit and comprehensive tax reform, a retroactive application back to January 1, 2013 seems plausible.

Could Killing the Death Tax be Good for the Economy and the Deficit?

Evidence appears to be mounting that killing the death tax could even be good for the economy and the deficit. A study recently commissioned by the American Family Business Foundation which was conducted at the Institute for Research on the Economics of Taxation opined that a repeal of the estate tax would increase GDP by 2.26% by 2021 and that a repeal would generate enough revenue over a ten year period to cover almost a third of the current $1.2 trillion in deficit reduction.

Ohio is not alone in its beliefs. A 2008 study by the Connecticut Department of Revenue Services named the estate tax the primary reason wealthy residents left the state, oftentimes taking their businesses with them. The study also revealed that economies of states without estate taxes grew 50% faster, and created nearly twice as many jobs, than states with death taxes.

While it is exceedingly difficult to accurately predict what the outcome of budget and tax reform will be, it is not hard to conceive of a state of affairs where the estate tax card gets discarded in favor of shoring up the income tax hand.

Assuming Congress callously continues to borrow 40 cents for every dollar it spends, it will need to raise in excess of $2 trillion dollars of revenue annually. If, on the other hand, Congress currently funds the amount of government that is being provided, annual tax receipts would need to be closer to $3.5 trillion.

At this time, the vast bulk of tax revenue (over 80%) comes from income and Social Security taxes. Conversely, the amount of tax revenue presently being derived from estate taxes hardly amounts to a financial trickle. According to the Congressional Research Service, at a $5 million dollar exclusion, the estate tax applies to just 1.4 decedents out of 1,000, where it is expected that only $11 billion in annual revenue will be raised at a transfer tax rate of 35%. And $11 billion dollars of revenue raised annually contributes only .321 percent toward the $3.5 trillion needed for the government’s estimated annual budget.

Perhaps a repeal of the estate tax will be part of the trade off for both higher and more progressive income tax rates, or possibly swapped for simplifying the code by lowering rates and ridding the system of many loopholes.

Or maybe there will be estate tax repeal in exchange for a capital gains tax on all appreciated assets transferred at death. Although the loss of step-up in basis on appreciated assets transferred would be burdensome, there are nevertheless a number of distinct advantages, including: eliminating the “double tax;” heirs getting to choose when to trigger a tax as opposed to the estate imposing one on them; and having a presumably lower capital gains tax rate as opposed to a higher estate tax rate.

Although few practitioners believe that the estate tax will actually be repealed, many more firmly believe that portability and the $5 million dollar exclusion are here to stay. Should they be correct, then the “death tax” has already been de facto repealed for more than 99% of Americans. According to estimates from the Tax Policy Center there are only an estimated 3,300 estates in the U.S. that would owe federal estate taxes under the current threshold of $5 million.

It is no secret that the majority of the public fail to plan their estates because they lack a sense of urgency and awareness as to why they should. In the event that professional planning is undertaken, the reason most often cited is to minimize estate taxes. If and when it becomes clear that minimizing estate taxes is no longer the driving concern, fewer still will take the time and initiative to plan.

Practitioners would do well to consider proactively stepping-up the non-tax aspects and core competencies of their estate planning offering, including sharpening their skills at family counseling, asset protection, elder care, income tax planning (particularly with respect to retirement benefits) and business succession planning.

Yes, imagine for a moment there’s no estate tax. Come on now, it’s easy if you try.

Charlie Douglas, JD, CFP®, AEP® has practiced in the business, tax, estate and financial planning areas for over 25 years. He holds a J.D. from Case Western Reserve School of Law and possesses the Certified Financial Planner® and an Accredited Estate Planner® designation. As a senior vice president for a leading global wealth management institution, Charlie specializes in comprehensive planning solutions and trust fiduciary services for business owners, high net-worth individuals and their families. Charlie is a board member of the National Association of Estate Planners & Councils (“NAEPC”) and is the current editor of the NAEPC Journal of Estate & Tax Planning.

This information is provided for discussion purposes only and is not to be construed as providing legal, tax, investment or financial planning advice. Please consult all appropriate advisors prior to undertaking any of the strategies outlined in this article, many of which may involve complex legal, tax, investment and financial issues. This communication is not a Covered Opinion as defined by Circular 230 and is limited to the Federal tax issues addressed herein. Additional issues may exist that affect the Federal tax treatment of the transaction. The communication was not intended or written to be used, and cannot be used, or relied on, by the taxpayer, to avoid Federal tax penalties.

Do’s and Don’ts of Estate Planning for Millennials (Video)
This presentation offered as part of the Robert G. Alexander webinar series provides an overview of trends in education, employment, family, and marriage for Millennials followed by a list of specific DOs and DON’Ts of interacting with these individuals regarding their property, families, trusts, and philanthropy.
Learn more about the Robert G. Alexander Webinar Series.
Speaker: Christine S. Wakeman, JD 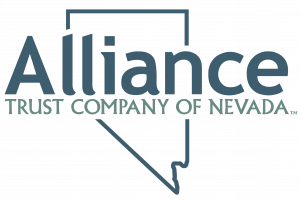 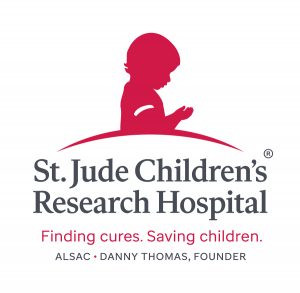 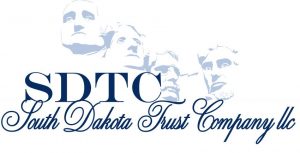